This is Doug’s Instasmile review. In our last video – Scammed By Instasmile?, we introduced you to two brothers, Doug and Justin. Doug went online and he bought some clip on veneers from Instasmile that he thought were like Brighter Image Lab’s.

Doug asked us to help him share his Instasmile review after getting nowhere with their customer service team. He didn’t want this to happen to anyone else. While I was meeting with Doug, I also met his brother and we thought what a perfect opportunity to show two people going through the same process.

We think that after you see the results on this Instasmile review that we got for Doug and his brother, you’ll see that there truly is a difference and that not all teeth veneers are made the same.

Doug Talks About His Video Career

What’s up guys? Come on in, have a seat. You got the rest of your guys? What are you doing man?

We got a chance to look at your videos dude and I don’t know but I think one of the other guys goes, “Is it my..?” I think this guy’s pretty good, like

Let’s see what we’ve got!

It’s not a full you as I’d like but I think anything else would look fake, and I think that the way you smile…I think it’s going to give you the smile that you’re looking for with family and friends.

You, a moment of truth here.

Well, now go ahead and take it, put it in and see what you can do.

Doug Tries On His New Smile

Let’s see. Let’s hold your head up…One hundred thousand times better. They’re not going all the way in, Something’s up.

I always, I’m afraid to mention that, but I was wondering if people knew that they just grinded that with the drill.

Yeah. it’s like not every tooth in every America has lines in them, you know?

Matter of fact, I think most people don’t have lines on their teeth like that.

Just so we have no video, can you change these out for me?

Doug’s Instasmile Review – He Doesn’t Want To Wear Them

Oh are they that bad? The reason being is I don’t think you’ve seen them have you?

No I haven’t, this is the first time.

Oh my God. I don’t even want to put these in these are going to be bad.

It’s just for a second.

Look at the tops of them.

It’s like, “Hey, look at my plastic, white, crooked teeth that I got from the Halloween store.”

And it’s like a white that teeth wouldn’t normally be.

Like if you were showing your friends you guys would tell them in five seconds.

What do you have on your teeth, dude?

Instasmile is Not The Same as Brighter Image Lab

One of the big things that came across this week was to say we’re just not the same, and I almost want to put something out there that says we’re not freaking Instasmile. We’re just not those guys.

And I do know that after this week, you guys this week, I don’t know of anybody y’all can get me to sell these to. Like I don’t think you have any friends…

No, I mean I’m a salesman and I couldn’t sell those.

No, not at all. If anything it was…

Instasmile review: is it a Waste?

Just a waste of time.

Is a waste of money?

They’re just laughable. If I was to take your veneers and grind chunks and lines in them, you’d thought, you’d be…

What I want to show you is a lot of people are familiar with the bleaching tray.

That’s just like a bleach your teeth or something?

To bleach your teeth. It’s just it’s a little plastic tray, but it’s white. Take this same bleaching tray, and you make it black, well they look the same.

And when they look the same, it’s like wow, what does this cost? They’re like $47. That’s what they did with the clip on. Y’all have it? They just took them, they just took a bleaching tray, and they just decided well which color do I want it to be? Do I want to go clear? How about black? What would white look like?

What? Can I see one of those?

Yeah. They come in all different thicknesses.

Yeah, this is the same thing as this. Wow!

And so, it’s kind of like if I made it purple would I say, “Oh, we have the first purple one here?”

A Moment of Truth For Doug

This is the moment of truth, see if this one fits? I sharpened the eye teeth for you. Perfect.

It feels different too. The bite is way better too, like I feel like I could eat with these.

Yes. That was a big deal too. Just from me looking at you 5 seconds away…I will tell you 90% of the time it’s not about their smile. It’s about who they are when they smile. Like I want them to be the same person that they would be. I don’t want them to be judged.

What I’ll tell you is, every conversation you have it will never go back to your smile.

It’ll be you now have an acceptable room, acceptable socially, acceptable welcome to the table, we’re all equal. One thing I definitely know about ours is that people think that they’re real veneers.

And they look polished and chiseled. And that looks good. People don’t know that when I met you I did tell you, it was gonna be kind of challenge.

Yeah you did say that.

The Verdict on Brighter Image Lab

But I think it worked out good?

Those look so good.

Well I know if they didn’t you would have damn sure said, “I’m out.”

I know why he’s doing it, but I don’t need it. Um, I think you’ll like your veneers more now that you’ve seen your pictures. You think?

Because it’s really hard to judge yourself, cause you go man, I don’t want to be their poster child. But then you go I mean I didn’t do them a favor, they did me a favor.

A New Smile For a New Career

I just forget what it’s like to be 25 years old. If someone told me, “Hey, like he’s doing his meeting with a label company,” I think I he’s going there feeling good today. I can tell from talking to you, you feel like you’re going to be set.

And you got your stuff, and I can tell from I’m talking to you that you’re gonna work on being polished.

Before you’re more I’ma work on being cool.

I met three young men today that are going to make their best dates, your best…Your best days are going to be around the corner of, like every three months you will want have done something that’s substantial because this is what makes your life.

I think we’ve done this enough where I think you know it’s a pleasure working with you.

It has man, It’s been life changing.

Seriously, I’d recommend this to anyone. I just can’t wait to go out in the real world and live my dream of having a nice smile.

Thank you. I hope that’s true.

But listen to me, in confidence I’m seeing you smile, they look perfect. 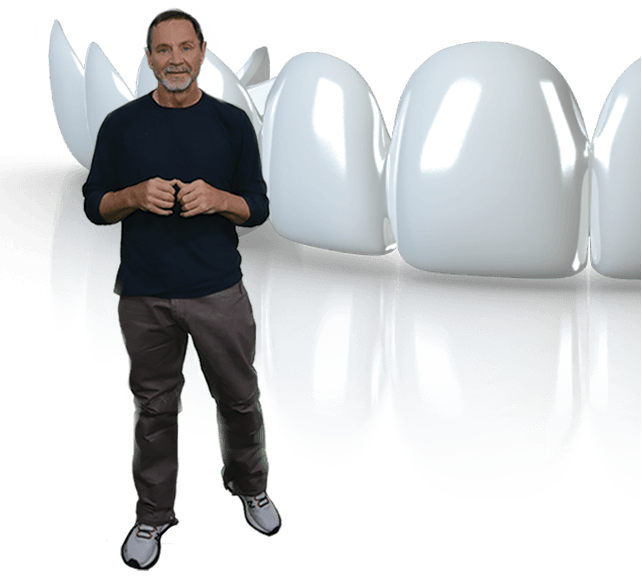 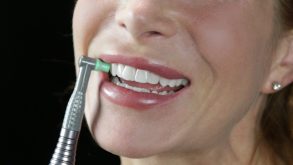